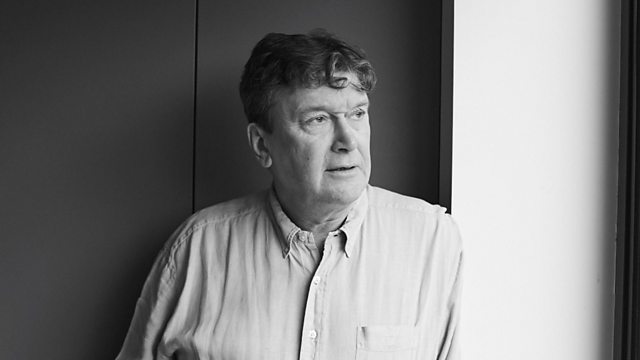 Rowley Leigh: A Life Through Food

Rowley Leigh, 'godfather' of modern British cooking tells his food story to Dan Saladino. Along the way he cooks the perfect omelette and shares the secrets of cooking great pasta.

Rowley Leigh, to many the "godfather" of modern British cooking tells his story to Dan Saladino. Along the way he cooks the perfect omelette and shares the secrets of great pasta.

After dropping out of university at the end of the 1960s, Rowley Leigh says he was a young and lost soul. Desperate for cash he applied for a job cooking burgers and immediately fell in love with restaurants and kitchens.

It took him to Le Gavroche and an apprenticeship under the Roux brothers. Armed with that classical training and a curiosity for British ingredients and flavours he helped launch the British food renaissance of the 1980s. In Kensington Place he created one of the most talked about dining rooms in British restaurant history.

He is also a writer and so he takes Dan Saladino through some of the recipe highlights of his two decades worth of columns at The Financial Times.

Expect the perfect omelette, some great spaghetti and one of the simplest vegetable dishes you could probably add to your own repertoire.

The carnivore's guide to meat and fire

Stories for a harvest moon

Finely  grate  all  the  cheese.

Serve  the  pasta  immediately.  Some  Romans  allow  a  little  good  olive  oil  to  be  trickled  over  it  before  serving.

This is not so much a definitive recipe as an example of aquacotta.