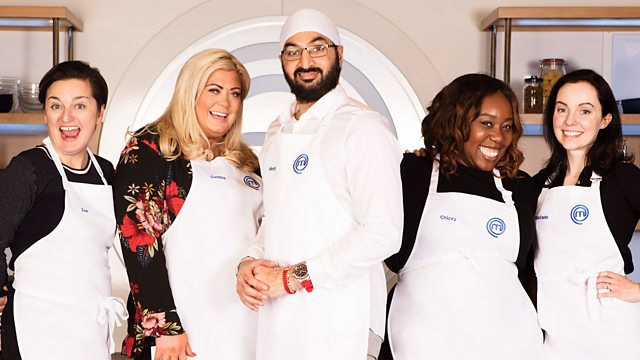 The first challenge for the five hopefuls is the Mystery Box, the infamous test of imagination and creativity. The contestants must use the ingredients in the box, which include chicken thighs, white and brown crab meat, marscapone cheese, mango and avocado, to create just one dish. With nerves running high and just 50 minutes to create something from scratch, the celebrities must think on their feet to impress the judges.

The celebrities are then split into two groups to take on the challenge of cooking for the first time in a restaurant kitchen, preparing dishes for paying customers. Monty, Stefanie and Chizzy head to Coya, where modern Peruvian cuisine is cooked over open charcoals, while Gemma and Zoe are sent to Meraki, a Greek restaurant in London's Fitzrovia.

For the final test of culinary creativity it is back to the MasterChef kitchen, where the contestants are asked to prepare a two-course menu of their own design in just one hour. The celebrities work furiously in a last attempt to prove themselves to the judges, because at the end of this test one of them is sent home. 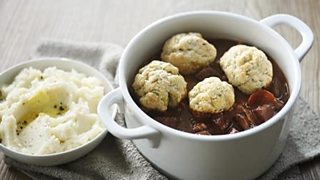 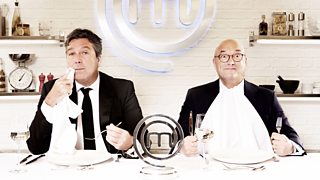 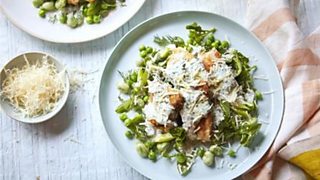