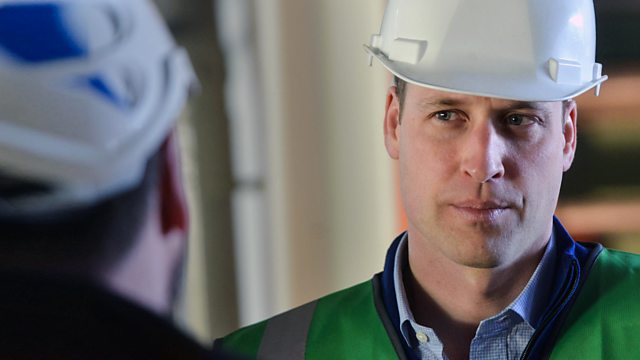 In this two-part series, Nick Knowles and the DIY SOS team attempt their biggest and longest build yet - constructing two brand new buildings for the Grenfell community on a 750-square-metre site.

In the first episode, the team are building a new home for the Dale Youth Boxing Club, with the aid of large construction companies, generous suppliers, volunteers and the Duke of Cambridge, who visits the site. The boxing club takes on anyone who wants to train and has been helping youngsters in the area for over 50 years, starting the careers of James de Gale, who won an Olympic gold medal in Beijing, and George Groves, current WBA super middleweight champion, as well as producing many national champions.

The club had been housed in Grenfell Tower since 1999, but a few months before the tragic fire it moved into a newly refurbished space as part of the fateful fit-out of the building. Since the fire, the club has been squatting temporarily in a gym in a disused car park, as trainer Mick Delaney is determined to carry on for the young people who use the club.

This build was months in conception, planning, consultation with the community and was slated as a nine-week build from the ground up. It provided many firsts for Nick and the team - the challenge of building under a motorway and using steel construction as well as becoming its longest and largest build. The fire at Grenfell Tower moved people across the country, and thanks to the incredible generosity of building and engineering companies and suppliers and volunteers, Dale Youth Boxing club has a new secured home.