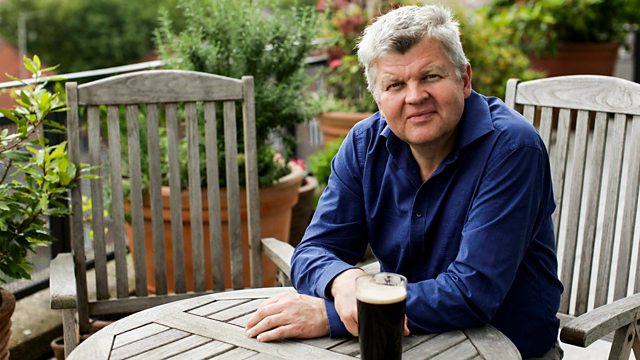 Adrian Chiles takes a look at his love of boozing, exploring why he and others don't think they are addicted to alcohol but find it almost impossible to enjoy life without it.

In this revealingly intimate documentary for BBC2, Adrian Chiles takes a long, hard look at his own love of boozing. He wants to find out why he and many others don't think they are addicted to alcohol despite finding it almost impossible to enjoy life without it. Adrian, who drinks almost every day, decides to start a drinking diary and soon finds out his intake is way over the recommended limit. He decides to visit his parents to find out what it was that motivated him to start drinking as a teenager and reveals that sneaking into pubs underage was all about friendship and being part of something, and that the allure of the social side of drinking has never really left him since his teens.

So after drinking far too much for far too long, Adrian decides to get his liver checked out. The results come as a shock and after seeing an addiction therapist Adrian begins to realise that like many other people he needs to do something about his excessive boozing. His big question is whether he needs to quit completely or if he can drink more responsibly. His first port of call is old mate Frank Skinner. Frank was a Pernod in the morning bedwetting kind of drinker but quit 30 years ago. His advice to Adrian is unexpected.