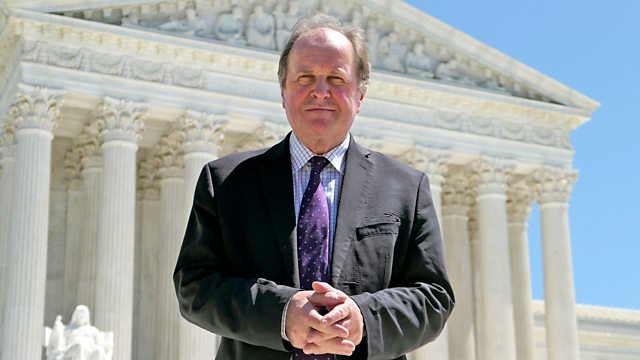 As a key vacancy opens up, James Naughtie examines the crucial politics of the US Supreme Court.

James Naughtie examines how the retirement this summer of a single Justice on the US Supreme Court could dramatically reshape the United States.

The Supreme Court was once derided as the third branch of government, but in recent years it has become the busiest and most powerful institution in American politics. With the Justices’ black robes, sober judgments and air of mystique, people often imagine that the Court acts simply as an impartial arbiter in the American body politic. But that has rarely been true, and in recent decades the Court has become a battleground for some of the most contentious issues in American society, from abortion and contraception to civil and voting rights, affirmative action and immigration reform.

The latest vacancy on the Court offers President Trump a once-in-a-generation opportunity to dramatically alter its ideological composition. In this programme James travels to Boston to hear from those whose lives might be affected. He speaks to the Massachusetts Attorney General suing the federal government over issues as varied as healthcare, the environment and immigration. He hears from gun owners excited by the chance to extend their right to own weapons, from opponents of affirmative action who believe their time has now come, and from LGBT advocates concerned that their task may get a lot more difficult.