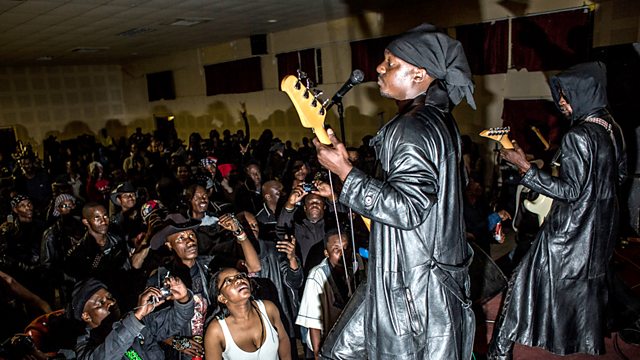 The Tropic of Capricorn

We experience and understand music through genre - it's organised through playlists, the live gigs we go to, the records we buy. But what if we listened to the world in a different way?

In a four-part series, music broadcaster Verity Sharp listens along latitudinal lines, hearing local stories that are having a direct impact on music and musicians. Could there be echoes along these "sound lines"? Might music that's created thousands of miles apart, but on the same latitude, share common ground? And can listening in this way allow us to understand the impact of the vast and often immeasurable forces that are changing our planet?

In the first episode, we circumnavigate the globe along the Tropic of Capricorn, hearing three stories.

Teila Watson, aka Ancestress, is a Birri Gubba Wiri and Kungalu Murri woman from Queensland, Australia. She sings and raps about the colonisation and industrialisation of land that her people have lived on for tens of thousands of years, surviving ice ages and fluctuating sea levels.

Alfredinho runs a samba café in Rio de Janeiro, a city struggling under the weight of severe austerity measures and economic hardship. Local journalist Sofia Perpétua pays him a visit.

And Pearl is a young professional and mother, living on the outskirts of Gaborone, Botswana. But she's leading a double life, and lets us into the musical subculture she adores, but which is seen as controversial by many in Botswanan society.

See all episodes from Sound Lines