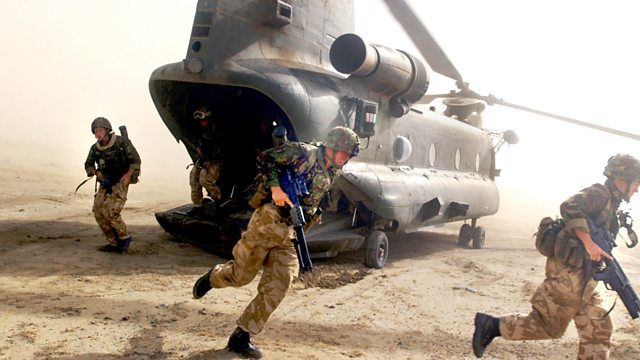 The Reality of War

The Vietnam War was a 30-year conflict in which three million people died and the reputations of successive US presidents were wrecked. Max Hastings tells Andrew Marr about the extraordinary political meddling, strategic failure and lack of compassion that characterises that war.

The historian Helen Parr was seven years old in 1982 when her uncle was killed in the Falklands War. She brings to life his experiences in the Parachute Regiment, often known as the Paras, an elite fighting force founded in 1940.

The former head of the British Army Richard Dannatt, looks at the present health of the military - and considers the difficulties that lie ahead.

While the Defence Editor of The Times newspaper, Deborah Haynes, scrutinises the defence budget and criticises the prevailing media and public narrative of the soldier as hero or victim.

Storytelling at the Edinburgh Festivals

David Attenborough: Life on Earth and Beyond

Sir Max Hastings is an award-winning journalist and author, previously serving as editor-in-chief of the Daily Telegraph, then editor of the Evening Standard.

Helen Parr is a historian of modern Britain who teaches International Relations at Keele University.

Our Boys – The Story of a Paratrooper is published by Allen Lane.

General the Lord Dannatt served in the army from 1969-2009, leading troops in Northern Ireland, Bosnia and Kosovo. On retiring from the Army, he was Constable of the Tower of London until 2016.

Boots on the Ground: Britain and her army since 1945 was published in 2016 by Profile Books.

Deborah Haynes has been the Defence Editor at the Times newspaper for the last decade, and she is now leaving to join Sky News as their Foreign Affairs editor.