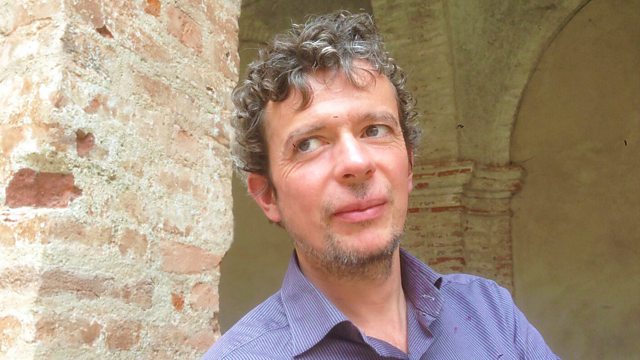 A contemporary poet engages with the Psalms, scrutinising his belief that poetry is the most powerful means of making sense of the world today.

A contemporary poet examines his process of engaging with the Psalms and scrutinises his belief that poetry is the most powerful means of negotiating and making sense of ourselves and the world today.

Edward Clarke charts his journey writing a collection of modern Psalms. It began with an accidental attempt to write a Psalm in rhyming couplets, but has become a compelling part of his life - getting up in the early hours every morning and juggling writing with commitments to family and teaching.

His poems are not translations but imitations that draw on his daily life and on the "holy book2 which he sees as central to a way of life.

His wife Francesca observes her husband's commitment to the project, and how his poetry provides him with a means to critique the modern world. She concludes that, while she prefers life to poetry, Edward seems to prefer poetry to life.

Edward writes according to the old rhythms of English poetry, and uses old stanzas as well as inventing his own in the manner of the Sidneys, John Donn, and George Herbert. This attention to form embodies his hope that his Psalter will outlive other contemporary poets.

He writes out of a conviction that the role of poetry is to negotiate the boundaries between the material world and spiritual realms - an attempt to wake himself up as much as his audience.

Throughout the programme we also hear a developing sound track by the Italian Composer Corrado Fantoni who is setting some of Edward Clarke's poems to music.