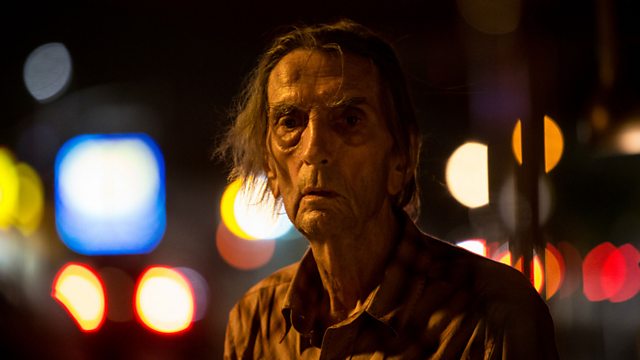 Lucky, The Clock, Letters of Sylvia Plath, Trust, An Adventure

Christian Marclay's acclaimed 24 hour video installation The Clock at Tate Modern is a montage of thousands of film and television clips that depict clocks or reference time and operates as a journey both through cinematic history as well as a functioning timepiece. The installation is synchronised to local time wherever it is on display, transforming artificial cinematic time into a sensation of real time inside the gallery.

The Letters of Sylvia Plath Volume II: 1956 - 1963 edited by Peter K Steinberg and Karen V Kukil document - unabridged and without revision - Plath's literary development and private life. It includes 14 letters Plath wrote to her psychiatrist, Dr Ruth Beuscher, between 1960 and 1963.

Trust is a ten part series starring Donald Sutherland as J Paul Getty and Hilary Swank as Gail Getty, the mother of John Paul Getty III, heir to the Getty oil fortune who was kidnapped in 1973 by the Italian mafia in Rome. It was written by Simon Beaufoy and directed (first three episodes) by Danny Boyle who previously worked together on Oscar winning Slumdog Millionaire.

An Adventure by Vinay Patel at the Bush Theatre in London follows young couple Jyoti and Rasik as they leave India for Kenya in hope of a better life, only to find themselves entangled in the Mau Mau rebellion, from which they leave for England. It is based on the life story of Vinay Patel's grandparents and is directed by Madani Younis, the Artistic Director of the Bush Theatre.

Lucky is in cinemas now, certificate 15

An Adventure is at the Bush Theatre in London until 20 October.
Image: Helen Murray