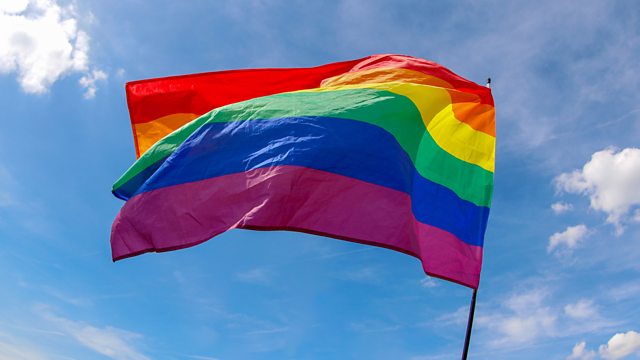 Programme that offers a female perspective on the world. LGBT rights around the world, and why corduroy is undergoing something of a revival.

India's Supreme Court has ruled that gay sex is no longer a criminal offence but it is estimated that there are still over 70 countries and territories where same-sex relationships are still criminalised. This week two Malaysian women convicted of attempting to have lesbian sex were caned in a religious court. What does this mean for the LGBT community that are still denied being their equal rights and freedom around the world? Laura Carter, Researcher on sexual orientation and gender identity at Amnesty International and Leila Zadeh, Executive Director of the UK Lesbian & Gay Immigration Group discuss.

The new season of The FA's Women's Super League starts this Sunday. It is the first time that it becomes fully professional. Reporter Siobhann Tighe visited the Arsenal team as they prepare for their first match.

Corduroy, popular the 1970s, is undergoing something of a revival. Why? Amber Butchart, fashion historian and Victoria Moss, senior fashion editor at The Telegraph.

The writer and broadcaster Sali Hughes has been talking to women about objects in their lives that are important to them. Today it is the turn of Elen Jones, and the glasses that belonged to her grandmother.

The September issues of fashion magazines are the most important of the year. Vogue, ELLE, Porter, Marie Claire and a number of other prominent fashion magazines all feature high-profile women of colour on the front covers. And a few weeks ago Gal-dem, a platform created by women and non-binary people of colour, guest edited the Guardian Weekend magazine. Liv Little, founder of Gal-dem and Kenya Hunt, deputy editor of ELLE UK join Jane to talk about how they are changing the media landscape.

Wendy and Colin Parry. Why everyone will be wearing corduroy this season, and the poet Aviva Dautch