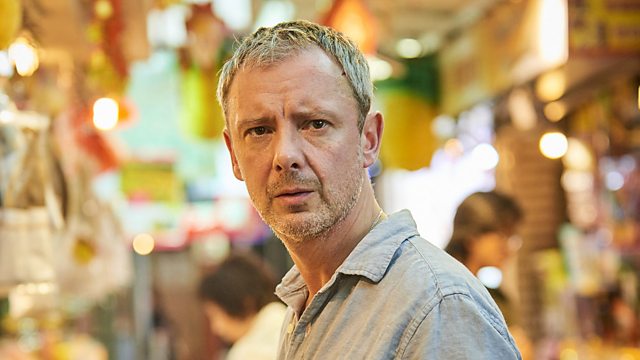 John Simm on his latest role in TV drama, Strangers, and novelist Patrick Ness on his re-telling of Moby Dick.

John Simm stars in new ITV drama Strangers as a man who has to fly to Hong Kong to identify his wife's body, only to discover she has a secret other life. We talk to the actor about filming the thriller in Hong Kong and why he's so often cast as an everyman figure.

In Moby Dick, Captain Ahab vows vengeance against the white whale which took his leg and chases him around the globe. In his new book for young adults, And the Ocean was Our Sky, the award-winning novelist Patrick Ness inverts this. Bathsheba is an apprentice in a pod of whales who hunt humans and her captain is determined to track down a legendary white whaling ship and destroy Toby Wick. Patrick Ness tells Stig Abell about his motivation to write his story and what this interesting reversal allows him to explore.

For our Inspire season we commissioned three artists to make a piece of work for us, we catch up with rapper and playwright Testament to see how he's getting on.

Strangers begins on ITV at 9 pm on Mon 10 Sept