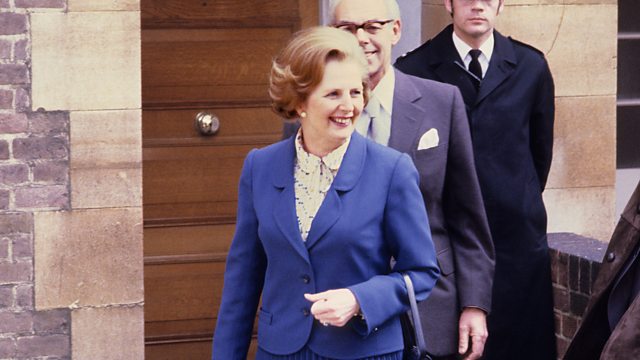 David Cannadine comes face to face with Mrs Thatcher's handbag, to explore how it came to represent the most visible symbol of our first female prime minister's power to command.

David Cannadine examines the careers of British Prime Ministers through their props of power.

In an inconspicuous-looking box, in a locked drawer, deep in the archives at Churchill College, Cambridge sits Margaret Thatcher's handbag. David comes face-to-face with this artefact which came to represent the most visible symbol of our first female Prime Minister's power to command. As Charles Moore put it in his official biography, "her handbag became the sceptre of her rule". It was a prop that Mrs Thatcher would produce at meetings to show she meant business.

Although Margaret Thatcher didn't like the connotation, by the time of the Falklands conflict, a new verb entered the English language - "to handbag", meaning to subject your opponent to a forthright verbal assault or strident criticism. For the rest of her life, Mrs Thatcher's handbag was almost as newsworthy an item as she was herself and on the day she died, one of her handbag-makers saw a sharp rise in sales of her favourite black structured design.

Readings by Ewan Bailey, Will Huggins and Claire Vousden