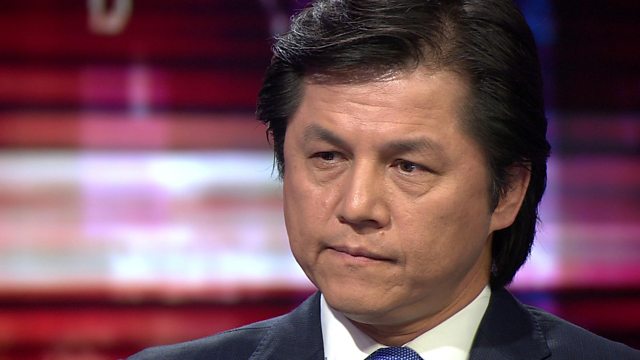 Shaun Ley speaks to Nury Turkel, chairman of the Uyghur Human Rights Project in Washington, about his belief that Chinese province Xinjiang has become a massive prison.

'Sense the party's thought, obey the party's words, follow the party's lead' - these are the words printed in red on a building at an internment camp in Xinjiang, China. It is one of the country's wealthiest provinces and also one of its most restive. It houses one and a half per cent of China's population, yet accounts for over 20 per cent of its arrests. Meanwhile, there are reports of over a million people currently in detention. The government says the camps are needed to 're-educate' the people.

Nury Turkel, chairman of the Uyghur Human Rights Project, disagrees. Uyghurs, an ethnic group who practice Islam, say Xinjiang has become a giant prison. Yet armed groups have killed hundreds in recent years, and countries including the US and UK have placed the East Turkestan Islamic Movement, based in the region, among those they call terrorists. Is Nury Turkel being duped, or is China duping the rest of the world?