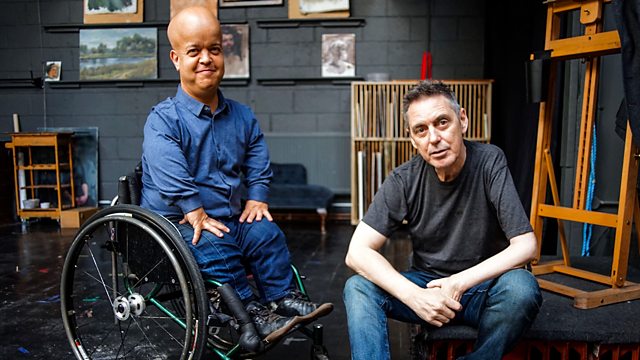 Dwarfs in Art: A New Perspective

This documentary explores the lives of dwarfs through centuries of representations in art and culture, revealing society's shifting attitudes towards people with dwarfism.

This documentary explores the lives of dwarfs through centuries of representations in art and culture, revealing society's shifting attitudes towards people with dwarfism.

Presented by Richard Butchins, a disabled film-maker, artist and journalist, the film shows how people with dwarfism have been seen as royal pets, creatures from a separate race, figures of fun and freaks; and it reveals how their lives have been uniquely intertwined with mythology in the popular imagination, making it it all but impossible for dwarfs to simply get on with their everyday lives.

The film features interviews with artists, like Sir Peter Blake, who saw dwarfs in the circus as a young man and has featured them prominently in his work; academics, like Professor Tom Shakespeare, who has dwarfism himself and feels strongly about how dwarfs are represented in art; and ordinary people with dwarfism who would just like dwarfs to be seen like everybody else. It also features artists with dwarfism who offer us a glimpse of the world from their perspective, revealing the universal concerns that affect us all, regardless of stature.

Taking in relics from antiquity, garden gnomes and some the greatest masterpieces of Diego Velazquez, the film uncovers a hidden chapter in both the history of art and the history of disability.