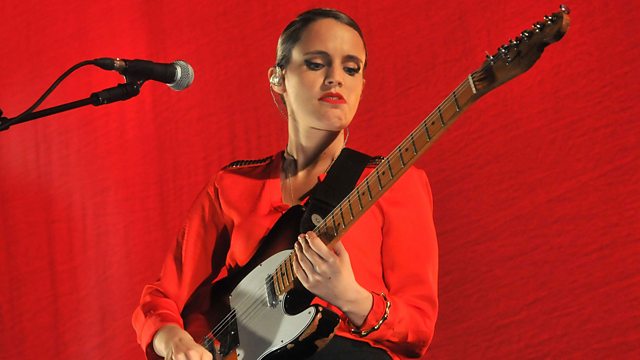 Singer-songwriter Anna Calvi, Author Eva Meijer, French feminism, Why do we want to get rid of our cellulite?

Anna Calvi performs a song from her new album Hunter, and Eva Meijer discusses the life of naturalist Len Howard. Plus, in the #Metoo era, where is French feminism in the debate?

Twice Mercury nominated Anna Calvi talks about her new third album 'Hunter' which explores the idea of women as the hunters rather than the hunted and performs one of the tracks 'Don't beat the girl out of My Boy'.

Protestors in Paris this week began vandalising the new open air urinals claiming that they are sexist and unfair and send the message that men can expose themselves in public reinforcing the idea that women aren't welcome in the public space. In the #Metoo era where is French feminism in the debate on gender equality and sexual harassment?

Ninety percent of us have it and most of us have tried to get rid of it: cellulite. What is it and why is it considered so unsightly? Jenni is joined by dermatologist Dr Justine Kluk and writer Alexandra Jones, who has been trying to reduce the appearance of the 'orange peel' effect since her early teens.

Len Howard was a British naturalist who left her life as a professional and respected musician to devote her time to birds. She's also the subject of animal philosopher Eva Meijer's new novel, Bird Cottage and she joins Jenni to talk about Len's life and legacy.