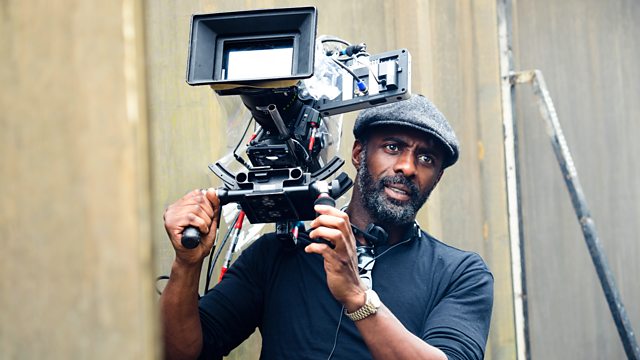 Idris Elba on directing his first film, Yardie. England now has 400,000 listed buildings. Too many or not enough? Plus, presenter Stig Abell writes a sonnet.

Idris Elba is a man of many parts - actor, DJ, kick-boxer and now film director. He discusses his first feature, Yardie, based on the hit novel of the same name, by Victor Headley which, in 1992, told the tales of "D", a Jamaican in London engaged in the super-violent drugs trade of the 1970s.

The former Raleigh Cycle Company headquarters in Nottingham recently became the 400,000th listed building in England. Deborah Mays, Head of Listing Advice at Historic England, writer and architect Douglas Murphy, and Dr Anton Lang, Chartered Town Planner, discuss whether we have too many listed buildings in the UK.

For the Front Row Inspire season, each of the presenters has taken on a creative challenge to try something new, and Stig elected to write a sonnet for his new-born daughter Phoebe. He visits the Walthamstow Forest Poets, one of over 85 'Stanza' poetry meetups around the UK run by volunteers from The Poetry Society. Stig reads his sonnet, gets some advice on it and finds out where the poets in the group get their inspiration.

Yardie is on general release from Friday, certificate 15.

Image:   Aml Ameen (lhs) and Idris Elba on the set of 'Yardie'.  This and main image courtesy of STUDIOCANAL S.A.S

That feat of mingling we called “surprise”
And thought we were too old to make.
All changed. We saw with our new eyes
This squirming form, its outstretched hands to take.

The curtain fell, but you came on stage
Arms out, hot lights, transfixed in glare.
More life than ever yet caught on page;
Such life that stops all, makes all stare.

And now, each day, that hum and wail
Spreads through our home like joyful air.
Joy, but sounds remind I cannot fail
Because, for now, for all, you need our care.

Phoebe: your moony name and lunar skin,
Eyes black, loves back. More than we can take back in.