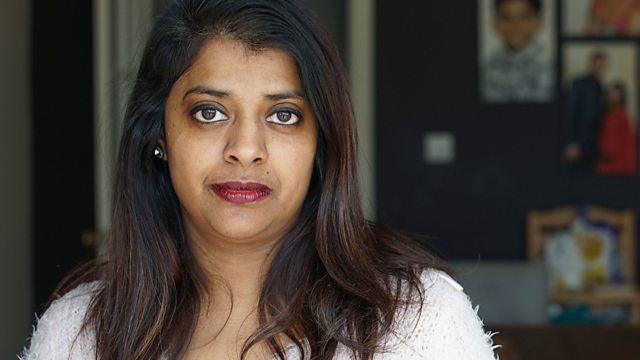 Searching for Mum Series 1
Episode 1 of 2

Following two women, who were both adopted as babies, as they return to Sri Lanka to try and find their birth families.

Over 11,000 people who were born in Sri Lanka have been adopted overseas. Many of them have grown with little knowledge of the people or culture they left behind. This film follows two women - both adopted as babies - as they return to Sri Lanka to try and find their birth families.

Thirty-eight-year-old Rebecca was adopted from Sri Lanka when she was three months old. Her adoptive parents were a Sri Lankan couple living in London. They brought her up as an only child and worked hard to give her every opportunity they could. She went to the best schools, had lavish birthday parties, and excelled in music and the arts. But they also kept one important fact from her - they never told her that she was adopted. For the first nine years of her life, Rebecca thought her adoptive family was her birth family. When Rebecca found the adoption papers it was devastating and broke a bond between her and her adoptive family. Since then she has been trying to find the truth about her birth and the family who brought her into the world.

The film follows Rebecca as she returns to Sri Lanka for her third search. She is accompanied by her husband Anton - who is also Sri Lankan - and their youngest daughter Shannon. They investigate the government ministries, shantytowns and hospitals that might offer up some clue as to her mother's whereabouts.

Twenty-seven-year-old Ria was adopted by a couple living in northern Scotland and had a very happy childhood. But Ria has always wondered what her life would have been if she had stayed in Sri Lanka, and what has happened to her mother? Ria has a lot of information about her birth mother - she even has a photo. But within the documentation is a paragraph saying her birth mother wanted no contact after the adoption. This has had a big impact on Ria's self-esteem and she has always felt rejected by her birth family.

Her journey takes her to the heart of the adoption industry, where agencies and lawyers made millions of pounds from the fees they charged adoptive parents. Corruption and extortion were rife. What Ria will discover is a truth that will change her life forever.

See all episodes from Searching for Mum