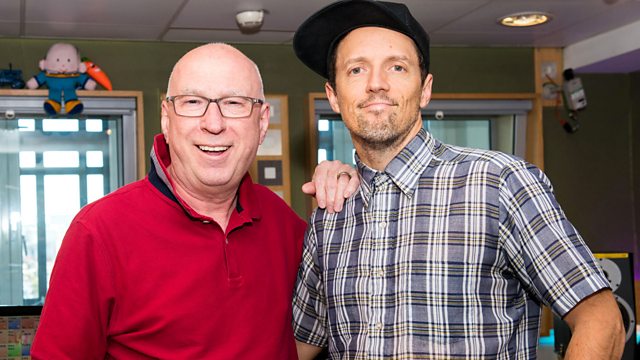 Jason Mraz picks the Tracks of My Years.

Jason Mraz picks the Tracks of My Years with music from Sara Bareilles and Michael Jackson. There's the daily love song, record and album of the week, plus PopMaster.

Jason Mraz, the American singer-songwriter picks the Tracks of My Years with songs from Sara Bareilles and Michael Jackson. Jason shot to international stardom in 2008 with the release of his third album 'We Sing. We Dance. We Steal Things.', featuring his hit single 'I'm Yours'. Since then he's gone on to have success with songs like 'Make It Mine' and 'Lucky', sell 8 million albums worldwide, star in Waitress on Broadway and pick up two Grammy Awards. Jason's latest album 'Know' is out now and he said his single 'Have It All', which is about healing and moving forward, was bestowed to him from a peaceful Buddhist monk.

Ken also has another round of PopMaster as well as the daily love song and record and album of the week. If you want to contact the show, just email - ken.bruce@bbc.co.uk

Jason Mraz picks the Tracks of My Years.