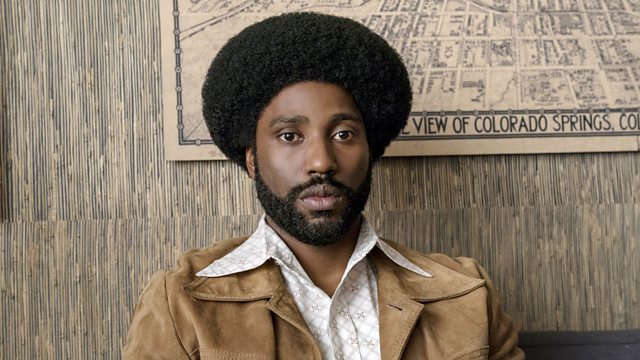 Spike Lee's new film BlacKkKlansman is based on a true story from the 1970s. John David Washington plays Ron Stallworth the first African-American detective to serve in the Colorado Springs Police Department. Determined to make a name for himself he sets out on a dangerous mission to infiltrate and expose the Ku Klux Klan. Natty Kasambala reviews.

Canadian author Esi Edugyan on her Man Booker Prize long-listed novel, Washington Black. A historical adventure, set in the early 19th century, it's the story of a young slave who flees Barbados with an abolitionist inventor.

Poet Alison Brackenbury tells us how she is getting on with her commission to write a poem for our Inspire season.

BlacKkKlansman is on general release, cert 15

Helen Lederer’s stand up show, I Might As Well Say It, is at the Underbelly in Edinburgh until 25 Aug