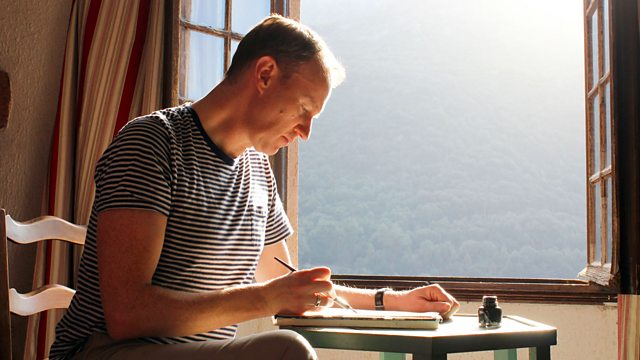 Actor Mark Gatiss celebrates the life and work of John Minton - a highly prolific and successful artist of the 20th century, whose work is now all but forgotten.

John Minton was for a time one of the most popular 20th-century British artists, more famous than his contemporaries Francis Bacon and Lucian Freud. He has also been something of an obsession for actor and writer Mark Gatiss since he first saw one of his paintings as a teenager at the National Portrait Gallery. Mark Gatiss plunges back into Minton's world to celebrate his remarkable life and work, but also to find out why he remains all but forgotten.

As well as being a central figure in the postwar British neo-romantic movement, alongside the likes of Graham Sutherland and John Piper, John Minton was also one of the leading lights of Soho during the 1940s and 50s - a bohemian enclave where he felt at ease with fellow artists and models. In the only known footage of Minton, he is caught fleetingly, dancing wildly in a club, like a crazed marionette. It is a captivating, poignant glimpse of a man who was once at the very centre of this world.

He was a prolific painter of both landscapes and portraits, and as a gay man, Mark has always been particularly drawn to his sensitive depictions of striking young men. Minton too was gay but struggled with his sexuality during a highly repressive era when homosexuality was still illegal. However, as Mark discovers, it wasn't just his sexuality that plagued Minton, but his very standing as an artist and his desire to be considered first and foremost a painter rather than an illustrator, which is how he really found fame. On a balcony overlooking the same glorious view, Mark explains how Minton's vibrant jacket design for Elizabeth David's A Book of Mediterranean Food in 1950 was really what attracted people to buy it, as the author herself declared. But it was the 1948 publication of Time Was Away: A Notebook in Corsica that really established Minton, and it became something of a cult book for a new generation of illustrators. Following in his footsteps, Mark travels to Corsica and visits some of the original locations captured so vividly by Minton.

As well as discovering unseen photographs of the artist and previously unknown works by him, the film also gives Mark the chance to hear Minton's voice for the first time in a rare broadcast he made for the BBC Third Programme in 1947. The connections deepen further as Mark meets some of those who knew him well - former models such as actor Norman Bowler recall posing for Minton, and fellow artist David Tindle discusses the rivalries between Minton and his contemporaries, particularly Francis Bacon.

Drawing on all these remarkable first-hand reminiscences, Mark explores the reasons behind Minton's fall from grace and the tragic circumstances of his death at the age of just 39.

See all clips from Mark Gatiss on John Minton: The Lost Man of British Art (2)