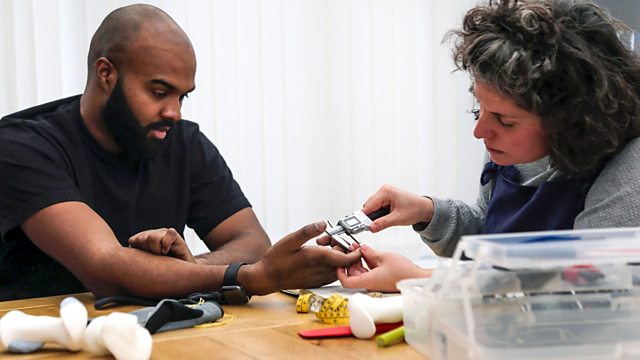 The Big Life Fix Inventing the Impossible
Episode 3 of 4

The team try to help a young ballerina who has lost a leg, an elderly man who is deaf, and a disabled Dad who wants to cook for his family.

The team of inventors are challenged to come up with ways to change the lives of three more inspiring individuals who are facing difficulties in their everyday lives.

12-year-old Pollyanna lost her leg in a horrific accident when she was just two years old. She was waiting at a bus stop with her mother and grandmother, when a bus careered into them killing her grandmother and seriously injuring her and her mother. In the last ten years she has had 21 operations and been fitted with more than 20 different prosthetic legs as she has grown up. Despite the challenges she’s faced, Pollyanna has a determination not to let her disability hold her back from achieving her goals, including her dream of becoming a ballerina. But the ballet world is unforgiving and Pollyanna has been marked down in exams for being unable to do moves that would involve her missing leg, including going up on her toes – or demi-pointe. Engineer, Yusuf Mohammed, takes up the challenge to build her a prosthetic leg with the required movement in the foot.

73 year-old Bobby was born with brittle bone disease which has gradually resulted in him losing his hearing. The nerve endings in his ears are too damaged to have a hearing aid and Bobby’s friends have known him since before he went deaf so they’ve never learnt to communicate with him through sign language. Due to advancing age, his lip reading skills are in decline and he struggles to understand anyone other than his wife, Linda. In social situations this means that she must stay by his side and try to relay conversations – an arduous task which makes socialising increasingly difficult. Technologist and software engineer, Akram Hussein, jumps at the chance to see if he can help Bobby re-join group conversations with his friends. And he’s willing to go the extra mile - even getting his ears temporarily filled with silicone so that he can experience what life is like for Bobby.

Tobijah was paralysed from the chest down in a car accident. The accident severely damaged his spinal cord and the signals from his brain no longer reach the nerves in his hands. As a result, he’s no longer able to open and close his fists or pick things up. Whilst recovering in hospital he met his partner, Sam. They now have a 3 year-old-daughter, and Tobijah longs to be able to enjoy some of the everyday father and daughter activities that most able-bodied people take for granted. Before his accident he was a keen cook, so he’d particularly love to be able to bake a cake with her and prepare meals for his family. Materials expert Zoe Laughlin works with Tobijah to try and find a way for him to take control in the kitchen. Together they manage to fashion some bespoke handles that will enable him to hold utensils, but if he’s going to be able to cook anything from scratch she needs to come up with a way to give him back much finer motor skills needed to follow recipes , including the ability to pick up and crack open eggs.

See all episodes from The Big Life Fix 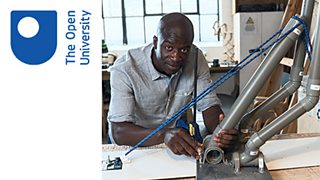 Visit OpenLearn, the OU’s home of free learning, to learn more about engineering. 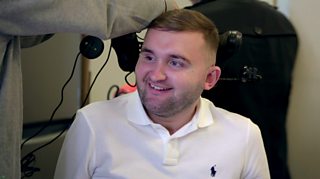 See how a group of the UK's inventors create new solutions for people in desperate need. 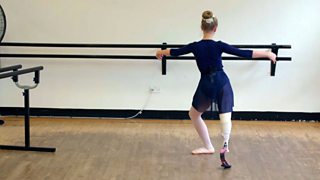 A list of charities and organisations that supported production.