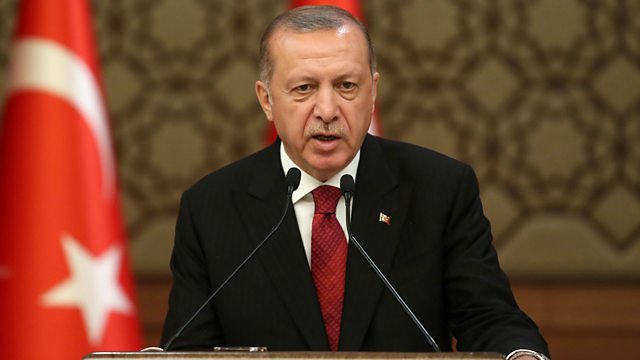 The currency crisis in Turkey has exposed deep-seated economic difficulties and raised questions about President Erdogan's style of leadership. Just how serious is the situation?

This week Turkey's currency plummeted to its lowest level ever against the US dollar. The lira's steady descent this year was accelerated by the imposition of increased tariffs on steel and aluminium by the United States.

President Trump, it seems, is personally angered by the continued detention in Turkey of an American pastor, who's been held for nearly two years on suspicion of spying.

The currency crisis has focussed attention on Turkey more broadly: on economic difficulties with deep roots, on the leadership of the Turkish president Recep Tayyip Erdogan, who has accumulated unprecedented power, and on Turkey's troubled relationships with many of its traditional allies.

Mr Erdogan says he may now need to look for new friends - a potentially troubling prospect for other NATO members.

David Aaronovitch asks how deep is the Turkish crisis?

Soner Çağaptay, director of the Turkish Research Program at the Washington Institute for Near East Policy and author of The New Sultan - a biography of President Erdogan.

Dr Ziya Meral, a specialist on Turkey and a fellow at the British Army’s Centre for Historical Analysis and Conflict Research

Is the Student Finance System Working?

Is Greece out of the woods?