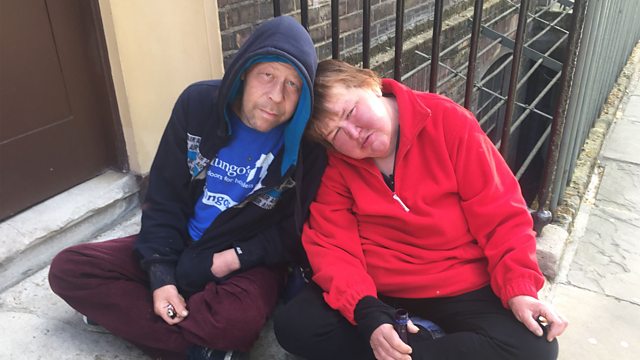 The story of two rough sleepers and how they came to make their home on a street in east London.

Life on the streets is hard and precarious but every soul who sleeps on a pavement has a story. Tara and George is a six-part series exploring the lives of two people in their late forties who sleep rough in London's Spitalfields. It asks the simple questions - what led them there and why do they remain?

Journalist Audrey Gillan has come to know them as neighbours in this diverse and fashionable area of the capital, and has been recording her conversations with Tara and George for nearly two years.

In this first episode, More Issues than Vogue, named after the wording on one of Tara's T-shirts, the pair introduce us to their world and reveal how they are each other's anchor in a sea of chaos.

See all episodes from Tara and George

Who are Tara and George? 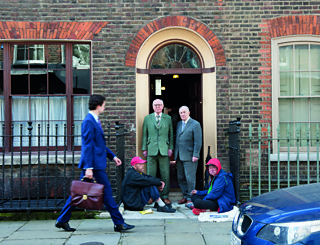 Tara and George are rough sleepers in Spitalfields.