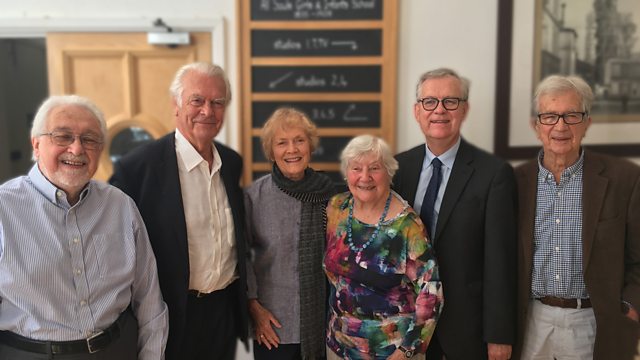 The Rise and Fall of the SDP

Sue MacGregor reunites Shirley Williams, Bill Rodgers and David Owen to look back on the bitter split within Labour that drove them to form the Social Democratic Party in 1981.

Sue MacGregor reunites the Labour rebels who founded the Social Democratic Party in 1981.

Launched on a wave of euphoria, the SDP aroused the hopes and enthusiasm of millions of people in the early 80s. Promising to break the mould of British politics, its leaders, the gang of four - Roy Jenkins, David Owen, Shirley Williams and Bill Rodgers, were some of the most respected figures in British public life.

Then, as now, British politics was in a state of flux. Margaret Thatcher was an inexperienced prime minister. Her austere economic and public spending policies seemed disastrous. The Labour party should have been demolishing her but was becoming an unmanageable cauldron of left-wing and centrist factions, ineffectually led by Michael Foot who was pledged to unilateralism, and leaving NATO and the EU.

The SDP, in alliance with the Liberals, soared to an astonishing 50% in the polls. But despite the defection of 28 Labour party MPs - the largest parliamentary defection since 1886 when the Liberals had split over Ireland - the alliance disintegrated amidst acrimony and bitter in-fighting by the autumn of 1987. David Owen and Bill Rodgers didn't speak for seventeen years.

Now they, and Shirley Williams, join Sue MacGregor around the table - along with the SDP's former chief exec Dick Newby and defecting Labour MP Mike Thomas - to chronicle the party's short but turbulent history and analyse the reasons for its early success and its ultimate demise.