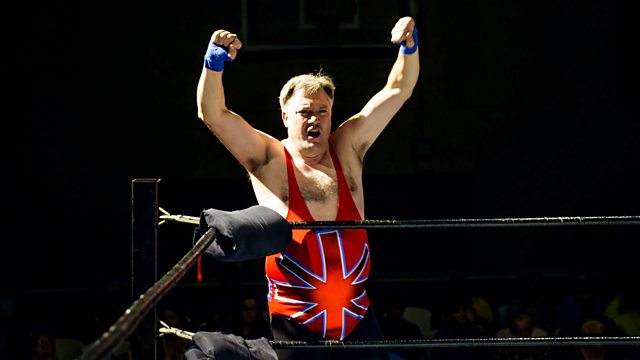 In this entertaining series, Ed Balls travels to America's Deep South, to immerse himself in the lives of those who put Trump in power and learn how this reality TV businessman won them over. Trump promised to make Americans proud again, so Ed joins the 15,000 working-class Americans heading to Saint-Jo, Texas, with their monster trucks and Confederate flags for the wild Rednecks with Paychecks festival - the ultimate celebration of Southern Pride. Determined to find out how billionaire Trump's no-nonsense attitude resonated with the values of these hard-working Americans, Ed helps festival organiser Derrick and finds a surprising Trumpster in Mexican Mardha, who crossed the boarder illegally 20 years ago. Wall-supporting Mardha describes herself as a proud American but since Trump became president, he has given new powers to the Immigration and Customs Enforcement (ICE) agency and hugely increased the number of Hispanic illegal immigrants being deported. Ed joins ICE officers for the early morning arrest of an illegal Mexican immigrant in Atlanta, Georgia, and asks if Trump's focus on ridding the US of 'Bad Hombres' risks creating divisions in the 'land of opportunity'. Like ICE, America's serving military and veterans have also benefited from Trump's administration, so Ed heads to AHERO Veteran Farm Shorter, Alabama, to find out if the extra support is restoring pride in America's armed forces or if it is just another sign of divisive politics. Still raw from losing his own political seat, Ed wants to know how despite the scandals, Trump's macho style won over the American masses. Channeling The Donald, whose political style has been likened to own his foray into the ring, Ed trains with former WWE star Johnny Slaughter of Southern Legacy Wrestling, Alabama, and revives an old political moniker to become the British Bruiser, only this time he is wearing a leotard.

See all episodes from Travels in Trumpland with Ed Balls

See all clips from Proud (3)