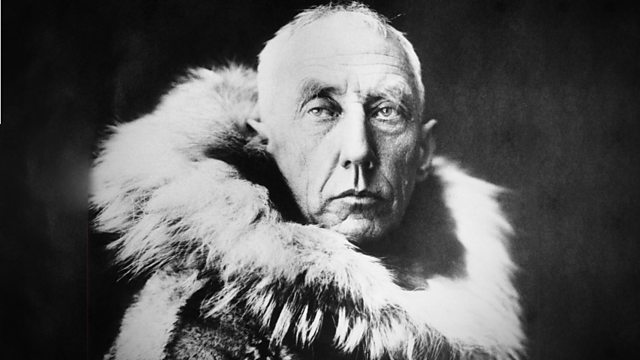 Matthew Parris on Roald Amundsen, first man to the South Pole. The nominator is Erica Wagner.

"We are ready to take the Pole in any kind of weather on offer," wrote the Norwegian Roald Amundsen in December 1911. Born in 1872, Amundsen is part of a group of men - including the playwright Henrik Ibsen and the explorer Fridjtof Nansen - who gave shape to Norwegian identity just as the country broke free from Sweden and achieved independence. He is also remembered as the man who beat the British explorer Scott to the South Pole. The different cultures of their two countries come under scrutiny in this episode.
The nominator is Erica Wagner, former literary editor of The Times and a writer who knows Norway well.
There are two experts - Pieter van de Merwe from the National Maritime Museum; and Roland Huntford, whose book on Scott and Amundsen caused an angry fuss when first published in 1979.