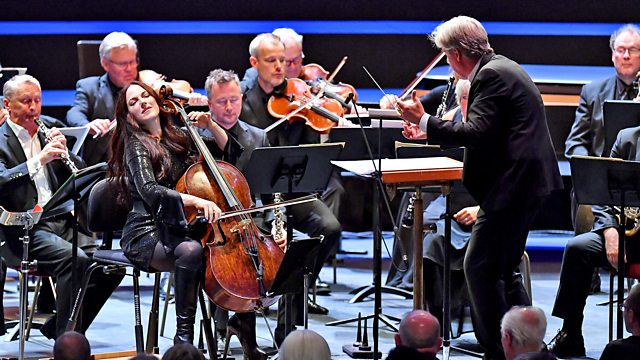 Live at the BBC Proms: the Swedish Chamber Orchestra, conducted by Thomas Dausgaard, perform three Bach Brandenburg Concertos: No 1 in F, No 3 in G and No 5 in D.

Over two concerts in one day, Thomas Dausgaard and the Swedish Chamber Orchestra present Bach's six Brandenburg Concertos alongside six newly commissioned companion works, to create a brand-new musical cycle, heard here in the UK for the first time.

4.00 pm PROMS INTERVAL: A Walk in the Darent Valley
This afternoon's Proms Interval is an account of a classic English summer walk in a thunderstorm. The acclaimed novelist and nature writer Melissa Harrison explores our relationship with the weather as she follows the course of a thundery rain shower deep in the Kent countryside. Fittingly, given this sun-blessed summer, she walks alongside the River Darent at the end of a drought and reflects on how the countryside changes in wet weather - and how the English identity is shaped by the elements..
The extract is introduced and read by the author, and taken from her collection Rain: Four Walks in English Weather.
Producer Jules Wilkinson
First broadcast 26/07/2016

The second concert, broadcast live on BBC Radio 3, is at 7.30 pm this evening.