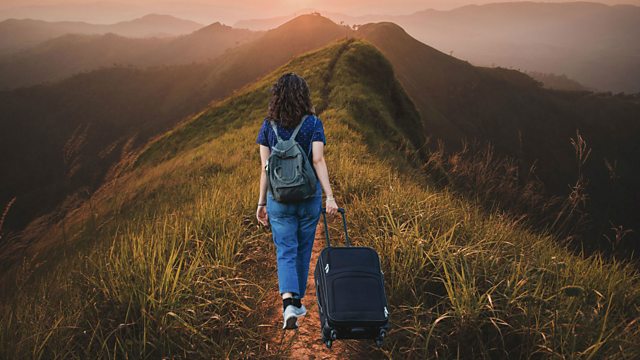 Government proposals to take short term supported housing out of the welfare system have been dropped. The announcement follows much lobbying by women's groups who argued that the proposal would have had a devastating effect on the future of Refuges across the country. Jane is joined by Katie Ghose, Chief Executive of Women's Aid.

How does the idea of holidaying on your own make you feel? Does it fill you with utter dread or do you love the freedom it gives you? 59% of women in England and Wales are single, divorced or widowed and so it's not surprising the number of women searching for solo holidays has risen in the past three years. But choosing to go alone and having to go alone can be two very different experiences. Mandy Appleyard, a veteran solo traveller and Siam Goorwich, a very reluctant one discuss the pros and cons.

Over the last few days we have been taking a closer look at a new report published by the British Medical Association this week. If women's health needs tend to be greater than men's over a lifetime what changes need to be made to the way healthcare is provided? Jane speaks to Professor Dame Parveen Kumar who sponsored the report, Paulette Winchester-Joseph, Deputy Clinical Lead for the Admiral Nurse Dementia Helpline and Sara Hiom, Director of Early Diagnosis, Cancer Research UK.

Ruth Mancini's new novel, In the Blood, tells the story of Ellie, a secretive and challenging young mother who has been accused of poisoning her own child and leaving him to die and of criminal defence lawyer, Sarah Kellerman, who takes on this very difficult case, while also raising her severely disabled son. Like Sarah, Ruth is a criminal defence lawyer and has a severely autistic and learning-disabled child.

In 2017, a study from the lifestyle website Refinery 29 spoke to 130 millennial women in heterosexual relationships, who are the breadwinners in their homes. The results found that the majority of women were still likely to be embarrassed or "worried" about making more money than their male partners. Why do some young women feel this way? How does money change the dynamics of a relationship? And is the term 'breadwinner' outdated and problematic? Digital content creator, Tolani Shoneye and social commentator, Kelechi Okafor, discuss.