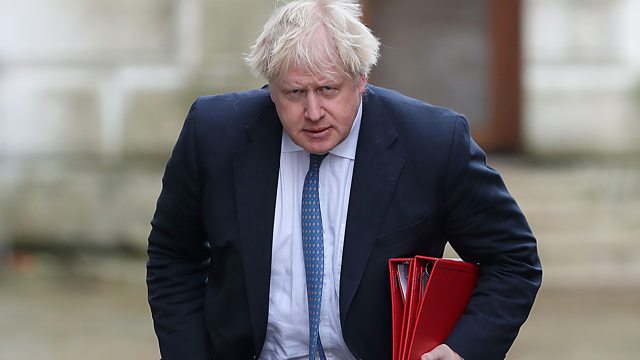 The prime minister tells Johnson to apologise over burka jibe

Global in-depth reporting and analysis. Boris Johnson refuses to say sorry for article condemned as Islamophobic. Now the prime minister has said he should say sorry.

Boris Johnson has refused to apologise over an article condemned as Islamophobic. Now the Prime Minister has said he should say sorry. We hear from a leading Islamic scholar and a Conservative critic of the former Foreign Secretary. A German woman and her partner are jailed for prostituting her young son to paedophiles. North Korea has not done enough to denuclearize according to a senior US official. But could the regime eventually end up attacking the US? We hear about a familiar geopolitical warning - but as fiction. And how a heroic teenager from Oxfordshire rescued a US airman from a crashed plane during World War Two.

US to sanction Russia over Skripal attack