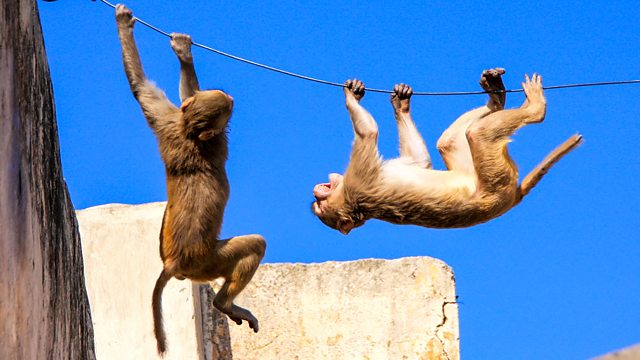 Liz Bonnin meets the animal rogues doing whatever it takes to find food, from kleptomaniac crabs to tigers deceiving their prey.

Liz Bonnin meets the animal rogues doing whatever it takes to find food. From kleptomaniac crabs on a stealing spree, tigers deceiving their prey and chimpanzees waging war on their neighbours, the need for a square meal can drive many animals to some seemingly extreme behaviour.

Liz sets out to discover the science behind these tactics, joining experts making new discoveries around the world. She sees macaques using psychology to pull off a theft, a spider conning its prey with a chemical disguise and the wedge-billed hummingbird stealing nectar from under the beaks of its rivals.

When it comes to finding food, this outrageous behaviour is actually an ingenious way to get ahead.

See all clips from Hunger Wars (4)

Test your knowledge on devious and dastardly animals 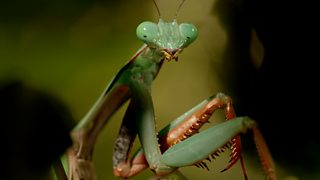