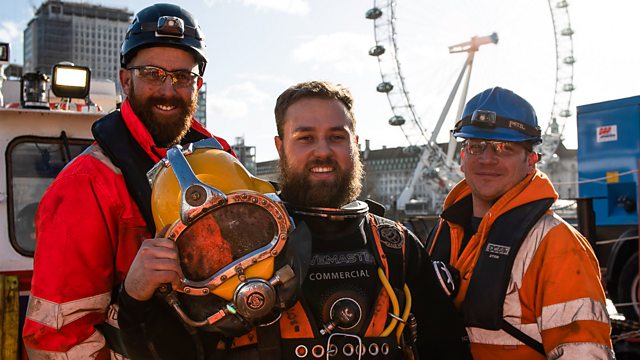 Following workers across London over three years as they race to build an enormous supersewer on time and on budget. In this episode, construction begins in the heart of London.

London's Victorian sewer network is at bursting point, and now a huge engineering project is underway to massively expand the capital's capacity to deal with its own waste. In this three-part series, cameras are at the heart of the action, following workers across the capital for three years as they race to build the enormous tunnel on time and on budget.

In this second episode, construction begins in the heart of London. Two key connection shafts along the Thames are to be dug to enable the super-sewer to be built. In Battersea, a challenging construction technique called 'diaphragm-walling' is employed to build a massive 90-metre-deep shaft. But these are the deepest tunnels ever dug in London, and with challenging rocks that haven't been disturbed for 52 million years, the digger struggles to cut through the ground.

At Tower Bridge, engineers need to build a cofferdam structure out into the Thames to make enough space for the second shaft. Reclaiming 8,000 square metres of land in central London is a noisy operation, and not all of the neighbours are happy. Finally, with tunnelling about to begin, engineers need to solve the problem of where to put up to 1.5 million tonnes of earth and rubble that excavation will create. They plan to take the earth by barges out of London to Tilbury, but the current dock is too small to deal with the vast amount of dirt that will be excavated. It is decided to build a new dock by positioning a 70-tonne bridge on steel pillars and installing a massive platform. 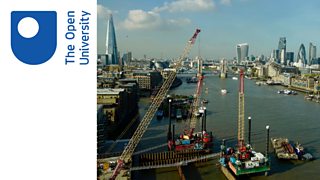