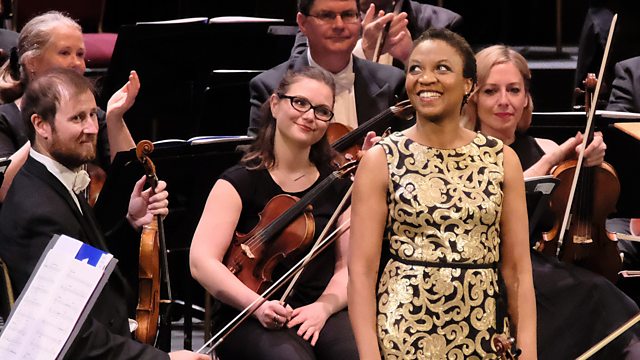 Three of the most loved English composers, Hubert Parry, Gustav Holst and Vaughan Williams, reflect on a country transformed by war at the beginning of the 20th century.

Parry, best known for his setting of national favourite Jerusalem, is celebrated with Symphony No 5, a work full of hope that paints a picture of England before the outbreak of the First World War. This peaceful idyll of England is echoed by another of the UK's most popular works, Vaughan Williams's The Lark Ascending, featuring American violinist Tai Murray.

The second half of the evening evokes the shattering effect of the outbreak of the war - Holst's Ode to Death and Vaughan Williams's Pastoral Symphony reflect both composers' experiences of the horrors of the First World War.

The BBC National Orchestra and Chorus of Wales are conducted by Martyn Brabbins. Petroc Trelawny presents.