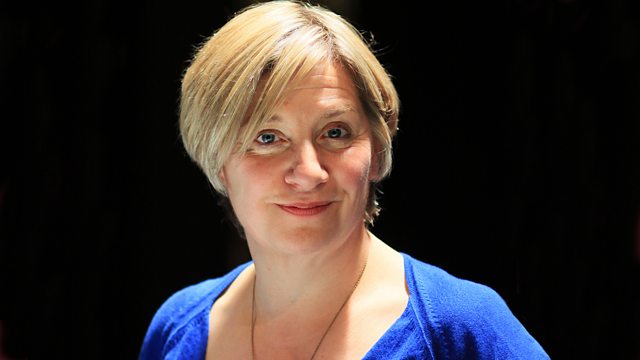 TV director and producer Geoff Posner has an imagined chat with the late Victoria Wood, reliving their classic comedy collaborations like Dinnerladies and As Seen on TV.

TV director and producer Geoff Posner has an imagined chat with the late Victoria Wood, reliving their classic comedy collaborations like Dinner Ladies and As Seen on TV.

The conversation through the archives provides an insight into the working methods of one of Britain's most loved and greatly missed entertainers. They discuss the lengths she went to ensuring her work was as good as it could be, how she empowered other women to succeed in comedy, and the way she drew from her insecurities in order to give voice to others who might feel "stuck in corners of their own lives where they didn't want to be".

In 1991, Natalie Cole sang a duet with her long dead father, Nat King Cole. The result was Unforgettable. This is the radio equivalent. In each edition of the series, a different guest is invited to interact with someone, now dead, with whom they have or have wanted to have a connection. Using technology designed for musicians and DJs to spontaneously play out short musical clips, producer Adam Fowler facilitates a real-time conversation between the two participants, using conversational snippets of the deceased from past recordings.

The guest has no advance knowledge of the excerpts, and the conversation can take unexpected turns, occasionally leading to some emotionally charged exchanges, as living voices engage with those preserved in the archive.

Other pairings in this series include Psychiatrist RD Laing in conversation with his son Adrian Laing, Anita Roddick with her daughter Samantha Roddick, Doris Lessing with her current biographer Patrick French, and Professor Stuart Hall with filmmaker and artist Isaac Julien.