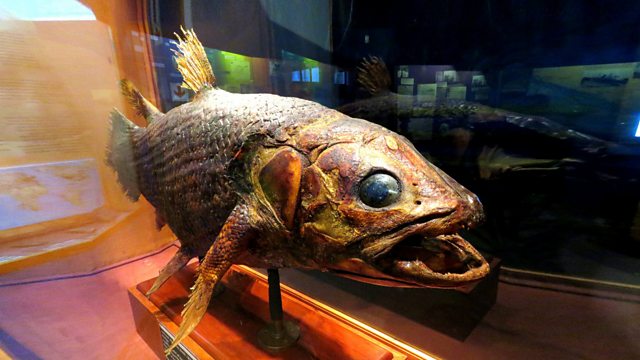 The Genius of Accidents Series 1

The coelacanth was discovered 66 million years after its supposed extinction. Adam Hart seeks out the story of how this fossil fish was accidentally found alive.

The coelacanth is a fish that, until 1938, was only known from the fossil record until a young South African curator named Marjorie Courtenay-Latimer found one - only just deceased - on the deck of a fishing boat. Presenter Adam Hart speaks with ichthyologists and curators who knew Marjorie, putting together the story of how a curious mind, determination and a bit of luck saved this 'living fossil' for science.

See all episodes from The Genius of Accidents