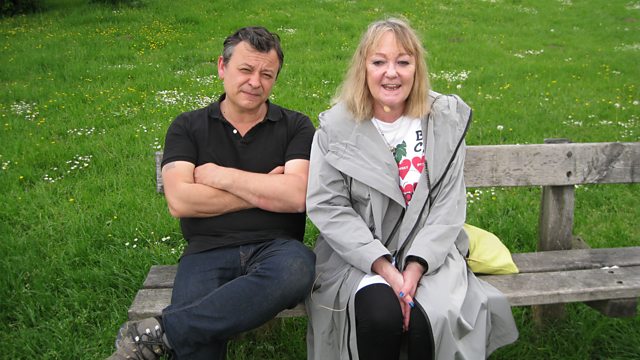 Janice Long: A Life In Music

Janice embarks on a very personal journey with James Dean Bradfield of the Manic Street Preachers, going back to School, their first gig and the studio where they first recorded.

Janice Long embarks on a very personal journey with James Dean Bradfield of the Manic Street Preachers, taking him back to Oakdale School which he attended with all the other members of the band, the steps where he was handed the first of their lyrics, and the Railway Hotel in Crumlin where they played their first gig. Pen-Y-Fan Pond where they spent their evenings imaging they were beat poets and the Mynyddislwyn Mountain between his father's home and the studio where they first recorded demos and singles.

James talks eloquently and passionately about his working-class roots and the political and social events in the area and beyond - all of which inspired him to be a musician and are still part of new songs like Liverpool Revisited. He also chooses some favourite tracks from the band's catalogue and others like Public Enemy, Public Service Broadcasting and Gwenno.

A Long Walk With... Chris Difford of Squeeze

A Long Walk With... Tracey Thorn

See all episodes from Janice Long: A Life In Music

See all clips from A Long Walk With... James Dean Bradfield of Manic Street Preachers (3)