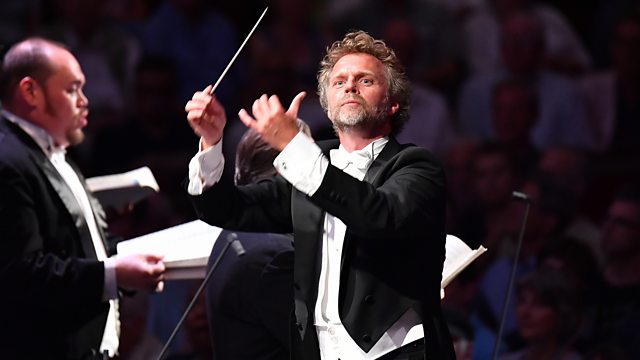 Prom 11: Mahler Symphony of a Thousand

Live at the BBC Proms: the BBC NOW with Principal Conductor Thomas Søndergård and a star-studded cast, plus no fewer than five choirs, perform Mahler's mighty Eighth Symphony.

Mahler: Symphony No 8 in E flat major, 'Symphony of a Thousand'

'It is the best thing I have ever done,' said Mahler of his Eighth Symphony - for which tonight the BBC National Orchestra of Wales and Thomas Søndergård, in his final season as Principal Conductor, join forces with no fewer than five choirs. One of the grandest symphonic statements of the repertoire, concluding with a dramatic setting of the mystical closing scene from Goethe's Faust, it's mammoth scale matches the impressive space of the Royal Albert Hall.