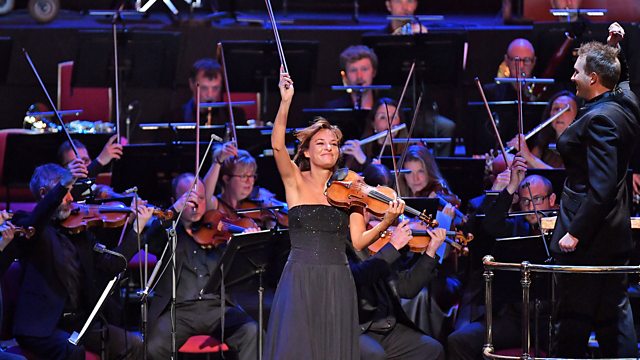 A star-studded line-up of BBC Young Musician winners and finalists, including Nicola Benedetti, Sheku Kanneh-Mason and Emma Johnson, come together to celebrate the competition's fortieth anniversary.

BBC Young Musician has been a launch pad for the careers of young artists since it began in 1978, and the list of performers that have taken part reads like a who's who of British musicians. Over 20 of the competition's leading names join forces for an evening celebrating the competition's rich history, including Michael Collins, Nicholas Daniel, Natalie Clein as well as some of the rising stars of recent years: Laura van der Heijden, Martin James Bartlett and the current title-holder Lauren Zhang.

Presented by Clemency Burton-Hill and Josie d'Arby, the evening includes music by Saint-Saens, Ravel and Sir James MacMillan. There are also world premieres by David Bruce, Ben Foster and Iain Farrington, all with the BBC Concert Orchestra conducted by Andrew Gourlay.