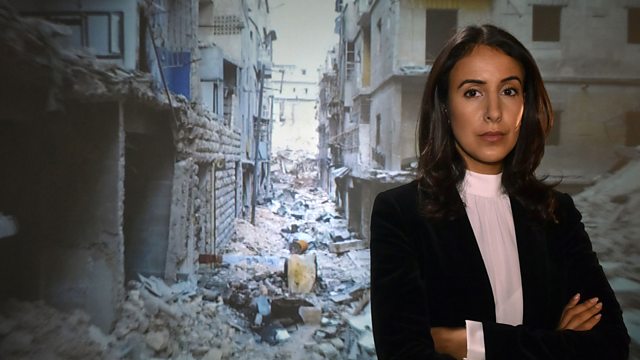 Panorama investigates the use of chemical weapons in the civil war that has torn Syria apart in the last seven years.

Panorama investigates the use of chemical weapons in the civil war that's torn Syria apart in the last seven years. President Assad and his allies Russia and Iran have consistently denied the Syrian regime has used chemical weapons. But Nawal Al-Maghafi's shocking expose reveals the true extent of chemical weapons use by the regime and shows they are a crucial part of his war-winning strategy, terrorising and driving out civilians from opposition held areas.

Never before have chemical weapons have been used in this way and to this extent, but Panorama shows the west has been unable to prevent it. Nawal hears from families who have fled their homes and joined the 13 million displaced people and refugees. Though the Syrian government is now saying it's safe for refugees to return, few dare to go back home. With extraordinary footage from inside the city of Idlib, the one remaining rebel outpost, Panorama reveals the lasting impact of these weapons.

Trapped by My Mortgage