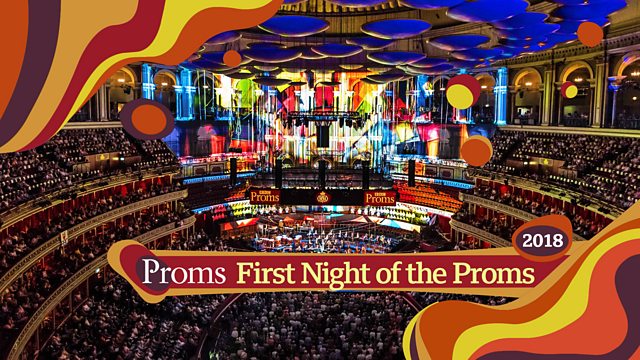 First Night of the Proms

First transmitted in 2018. The world premiere of Five Telegrams, with music by Anna Meredith and amazing digital projections marking the centenary of the end of World War I.

BBC Proms 2018 launches with a feast for the eyes and ears in the world premiere of Five Telegrams, with music by Anna Meredith and stunning digital projections by 59 Productions marking the centenary of the end of the First World War. The all-British programme also features Vaughan Williams's pre-war choral masterpiece Toward the Unknown Region, along with Holst's evergreen Proms favourite The Planets - the first piece Mars, Bringer of War, famously anticipates the onset of mechanistic warfare.

The BBC Symphony Orchestra is conducted by Sakari Oramo and they are joined by the combined forces of the BBC Symphony Chorus, the National Youth Choir of Great Britain and the BBC Proms Youth Ensemble. An exciting fanfare for the season.