Schedule
BBC Radio 4
How Do Our Kids Beat the Robots?
Main content 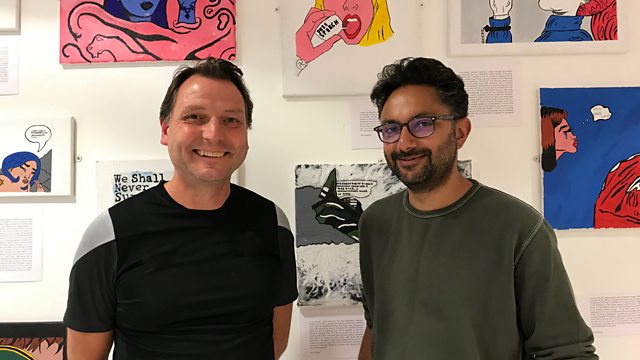 How Do Our Kids Beat the Robots?

Sathnam Sanghera investigates how children can compete with machines for jobs in the future.

Sathnam Sanghera investigates how children can compete with machines for jobs in the future.

We live in a world where robots, algorithms and the incredible speed of computing have replaced jobs that used to be common. Secretaries, bank clerks and factory workers are becoming rarer. In the future, as robots and computers develop, whole new areas of work will be impacted. Even traditionally safe professions like accountancy, medicine and law could be under threat. So how do we make sure our children get the education they need to compete against machines that haven’t even been invented yet?

Sathnam hears from people who have a vision of how to prepare children for the modern world. They include Daniel Charny, the co-founder of Fixperts which gets children to solve practical problems using traditional making skills. Geoff Mulgan, Chief Executive of NESTA, the UK’s innovation foundation, talks about what the job market of the future might look like. Andreas Schleicher from the OECD explains how we should begin to measure our children’s skills when thinking about the careers they might have in future.

American educationalist Michelle Garcia Winner teaches what she calls social thinking, the kind of skill that no robot could ever match. Sathnam visits the XP school in Doncaster which is dropping some subjects in favour of getting children to conduct “learning expeditions”.

Sathnam considers whether, in the end, the best way to beat the robots will be to become more human.