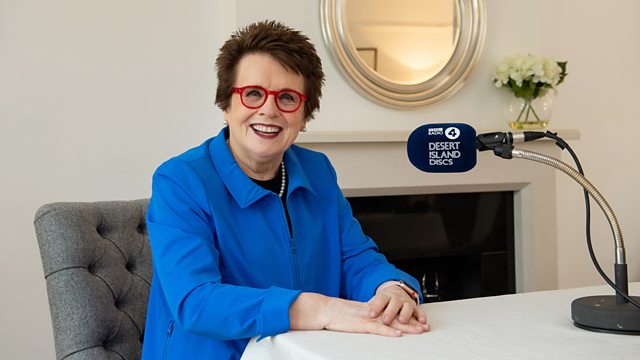 Billie Jean King won 39 Grand Slams and a total of 20 Wimbledon titles and is regarded as one of the greatest tennis players of all time.

Born in California in 1943, she was the eldest daughter of Bill and Betty Moffitt. She discovered tennis at the age of ten: at 15 she won in her age bracket at the Southern California championships, and in 1961, she won the women's doubles at Wimbledon with Karen Hantze, the youngest pair to achieve such a victory.

In 1968, when professional competitors were admitted to Grand Slam tournaments, she won Wimbledon for the third time and was paid just £750 while Rod Laver, the Men's champion, took home £2,000. So began her campaign for gender equality, which involved boycotting tournaments and setting up their own professional women's circuit. In 1973, then aged 29, she beat the 55-year-old former tennis champion Bobby Riggs in a match which became known as 'The Battle of the Sexes': it remains the most-watched tennis match ever. That year the US Open awarded the same financial reward to men and women and in 2007 Wimbledon followed suit. Billie Jean also founded the Women's Tennis Association and the Women's Sports Foundation in the 1970s.

She married her husband, Larry, in 1965 but by the late 1960s, she had realised that she was gay. She was outed by a former lover who sued her for palimony in 1981, and although she won the case, she lost almost all her commercial endorsements. She has been with her partner, Ilana Kloss, for nearly 40 years and retired from singles matches in 1983 and doubles in 1990. She was awarded the Medal of Freedom by President Obama in 2009 and has continued to be an ambassador for her sport and for gender equality.