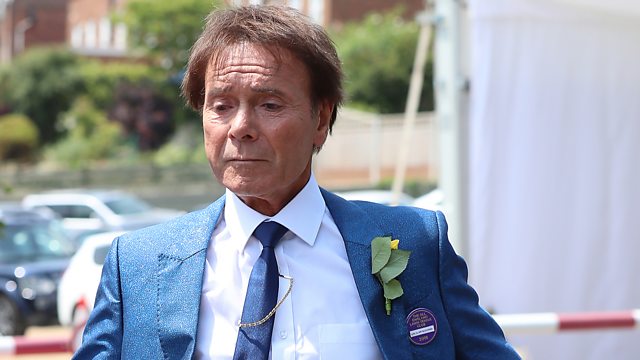 Topical programme about the fast-changing media world. Sir Cliff Richard has won his BBC privacy case. What does it mean for journalism?

Sir Cliff Richard has won an initial £210,000 in damages from the BBC after a judge ruled that coverage of a police raid on his home in 2014 was a "very serious invasion" of his privacy. The BBC says that "in retrospect, there are things we would have done differently" but claim the case marks a "significant shift" against press freedom. Amol Rajan is joined by Susan Aslan, partner at ACK Media Law and James Mitchinson, editor of The Yorkshire Post.

Will the BBC ever solve its pay problem?

Plotting the future of history on TV