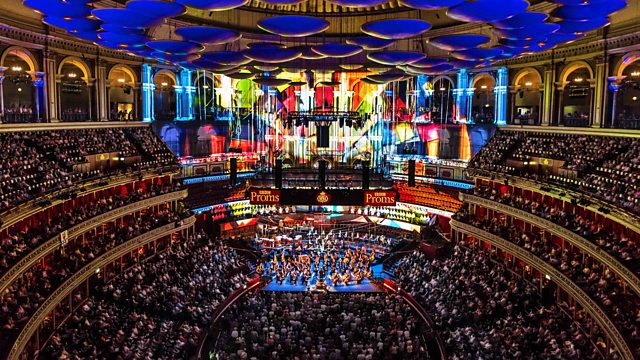 From the Royal Albert Hall, London
Presented by Georgia Mann and Petroc Trelawny

c. 9.20 pm
Live Interval: On the opening night of the 2018 BBC Proms, Georgia Mann and Petroc Trelawny look forward to two months of world-class music-making in the company of guests, and go backstage to chat to some of the performers in tonight's Prom.

An all-British season launch, featuring two major figures who composed responses to the First World War. Holst's much-loved The Planets (premiered in 1918) and Vaughan Williams's choral masterpiece Toward the Unknown Region contrast with a new work by Anna Meredith, featuring the National Youth Choir of Great Britain and the BBC Proms Youth Ensemble. Five Telegrams draws on communications sent by young soldiers in 1918, taken from a British Field Service Postcard.