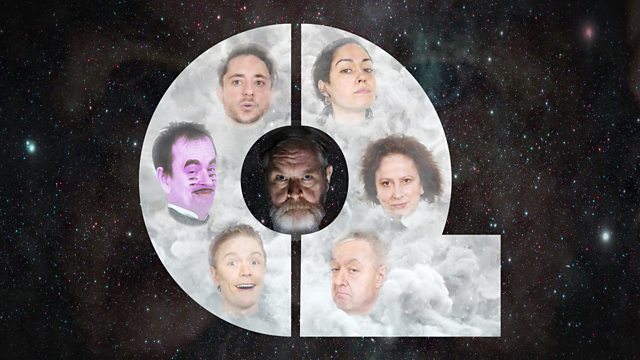 A Little Thing Like Chocolate Gates Can't Stop Us

Professor Quanderhorn (James Fleet) and his crew are besieged by a mob of alien-possessed villagers. Their only hope - a highly trained spy parrot with a bad attitude (Kevin Eldon) and an irritating gramophone record by the Queen of the Hammond organ.

Having been permanently fitted with a rather dangerous experimental bra, Brian (Ryan Sampson) finally steels himself to face the nightmare horrors of the professor's cellar, unaware that a secret camera is set to expose him.

Meanwhile, Dr Janussen (Cassie Layton) has discovered a message from Virginia (Rachel Atkins) revealing the terrible secret that turned her into a broccoli monster.

The Quanderhorn Xperimentations - an adventure beyond human understanding.

Created and written by Rob Grant and Andrew Marshall

Recorded at The Soundhouse Studios

An Absolutely production for BBC Radio 4, first broadcast in July 2018.