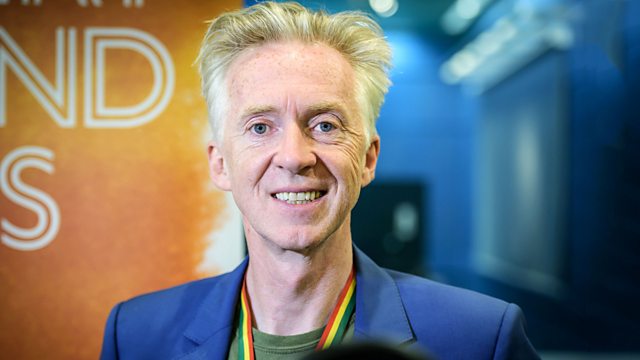 Kirsty Young interviews Philip Treacy, one of the most prolific and acclaimed hat designers working in the UK.

Philip Treacy is one of the most prolific and acclaimed hat designers working in the UK.

His work was very much in evidence at this year's Royal Wedding and at Royal Ascot. Meghan Markle wore one of his designs for her first official public engagement as the Duchess of Sussex. Other notable clients include Madonna, Tina Turner, Grace Jones, who has showcased his creations on and off stage, and Lady Gaga, for whom he made a black telephone hat.

Originally from Ahascragh, a small village in County Galway, Ireland, Philip learned to sew when he was six years old. He grew up opposite a church and he recalls how, as a young boy, he would go to all the weddings, uninvited, to look at the clothes and in particular the wedding dresses.

He went on to study fashion at the National College of Art and Design in Dublin, and then won a place on the MA fashion design course at the Royal College of Art in London, graduating in 1990 with first class honours. He enjoyed a meteoric rise to success when fashion stylist Isabella Blow saw his student hat collection. She introduced him to Karl Lagerfeld, who quickly invited him to design hats for Chanel Couture when he was still in his early twenties.

He has won the title of British Accessory Designer of the Year at the British Fashion Awards on five occasions, and was awarded an honorary OBE for services to the British fashion industry in 2007.