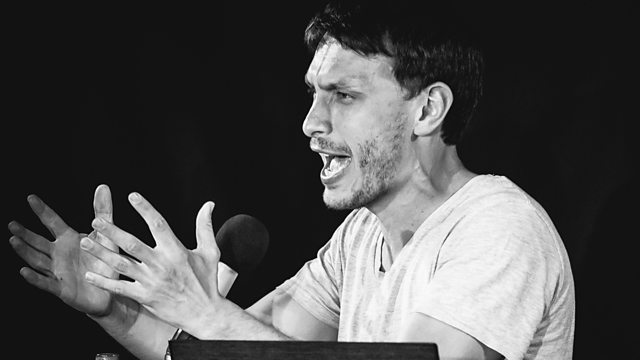 The highly anticipated Radio 4 debut of 2016's Edinburgh Comedy Award winner. Lauded for his fearless ambition and his unique, frenetic performances, Richard Gadd mixes reality and fiction in a face punch of a show.

Richard and his long suffering yet loyal producer Ben are recording their first show for Radio 4 in front of a live audience. Delayed guests, technical problems and personal issues do nothing to help Gadd cope with the difficult subject of the show. His father left him, aged twelve, and this soliloquy of love and regret blurs the lines of personal honesty and the ever important and elusive honesty in performance.

Written and performed by Richard Gadd
With Chris Forbes as Ben

A Dabster production for BBC Radio 4.