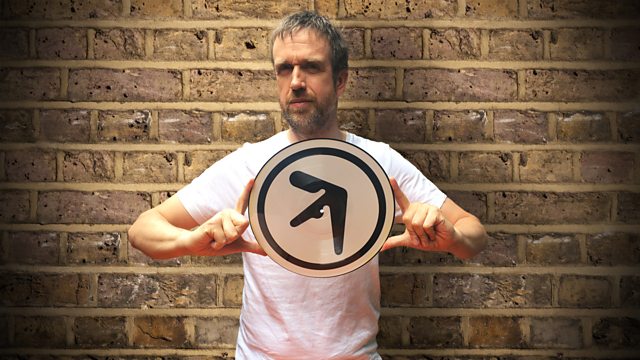 The Cult of Aphex Twin

Music writer John Doran ventures into the strange world of Richard D James who has invented and curated a truly unique and inimitable sound.

Music writer John Doran ventures into the strange world of Richard D James. Over the course of three decades James, known to his legion of hardcore fans as Aphex Twin, has achieved the primary but evasive aim of most serious musicians - the invention, exploration and curation of a truly unique and inimitable sound.

Born in Ireland and raised in Cornwall, James was radicalised by the underground acid house phenomenon that swept UK clubs in the late 1980s but, unlike many of his peers, he seemed equally influenced by ambient, New York minimalism, power electronics, avant composition, techno, industrial and pop music.

By combining these strands, he became just about “as important as a single figure can get in electronic music” and the more that the press wanted to speak to him the more he treated their attention with a mixture of irritation, gleeful mischief and wilful myth building.

Realising that legend is often much more interesting than truth, he slowly began to construct a personal mythos that many still believe to this day. Does he really write songs while asleep after training himself in the practice of lucid dreaming? Does he drive a tank round Cornwall? Did he once live in a bank vault in the middle of the Elephant And Castle roundabout? Does he own a submarine? Does his DJ tech rider include a food processor and sheets of sandpaper? Does he move among his many fans on electronic dance music forums online, often trolling them and stirring up these very myths?

In an attempt to disentangle the man from the myth, we hear from fans such as comedian Vic Reeves and those who know him best such as musicians Tom Middleton, Leila, David Toop and Scanner.

Fan of 25 years John Doran believes that James should be seen as a Cornish folk musician. While a lot of time has been spent talking about how groundbreaking his music has been over the years, less thought has been devoted to discussing how he is also a conduit to the pre-Christian culture of the Cornish past, not just through the song names he chooses or the natural textures of plant and mineral that his music evokes, but also because he is a product of the Cornish myth-making tradition himself and part of a proud heritage that includes mermaids, giants, piskies and pobel vean.