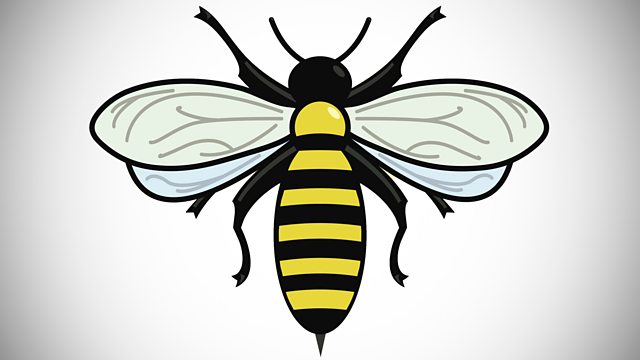 Book of the Week Buzz
Episode 1 of 5

The exact details of the transition from wasp to bee aren't known, but no-one argues about how well it worked out. Bees now outnumber wasp relations by nearly three species to one.

Dr Thor Hanson on the nature and necessity of bees.

Bees are like oxygen - ubiquitous, essential and, for the most part, unseen. While we might overlook them, they lie at the heart of relationships that bind the human and natural worlds. Dr Hanson takes us on a journey that begins 125 million years ago, when a wasp first dared to feed pollen to its young.

From honeybees and bumbles to lesser-known diggers, miners, leafcutters, and masons, bees have long been central to our harvests, our mythologies, and our very existence. They have given us sweetness and light, the beauty of flowers and as much as a third of the foodstuffs we eat. And, alarmingly, they are at risk of disappearing.

Dr Thor Hanson is a Guggenheim Fellow, a Switzer Environmental Fellow and an award winning author and biologist. His other books include The Triumph of Seeds, The Impenetrable Forest, Feathers and the illustrated children's favorite, Bartholomew Quill. His writing has been translated into more than ten languages and has earned many accolades, including The John Burroughs Medal, the Phi Beta Kappa Award, the AAAS/Subaru SB&F Prize and two Pacific Northwest Book Awards.

Produced by Clive Brill
A Brill production for BBC Radio 4.