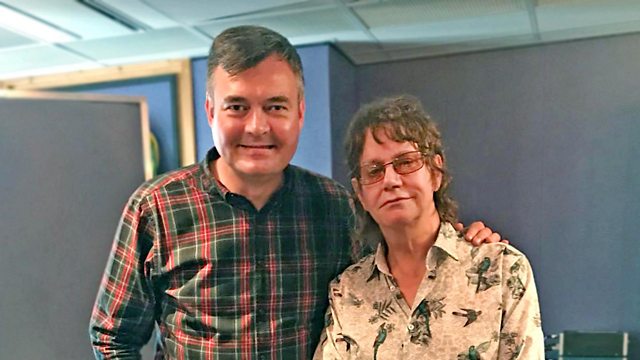 As Tony Hadley releases his first solo studio album in years, he describes his decision to leave Spandau Ballet.

Jim Lea reveals the stories behind some of Slade's biggest hits and which song he's most proud of writing. He also explains why there will never be a full Slade reunion and celebrates the vinyl release of his solo album Therapy. Jim nominates an album for the Vinyl Collective Collection which involves a conversation with Freddie Mercury.

These are the 20 albums you should consider owning if you're starting a record collection. ABC 'The Lexicon Of Love', The Beatles 'Revolver', Joni Mitchell 'Blue', Stevie Wonder 'Songs In The Key Of Life', The Stone Roses self-titled album, Fleetwood Mac 'Rumours', Rolling Stones 'Through The Past, Darkly', Bob Dylan 'Highway 61 Revisited', Aretha Franklin 'I Never Loved A Man The Way I Love You', Miles Davis 'In A Silent Way', George Michael 'Listen Without Prejudice Vol. 1' are already on the list. Jim Lea's personal recommendation and a further two records are added to our record collection this week. Get in touch with your own suggestions.

There's another Classic 12" single on the record deck. Plus another Roots of a Sample, this week playing the original vinyl that contributed to one of the greatest dance tunes of all time.