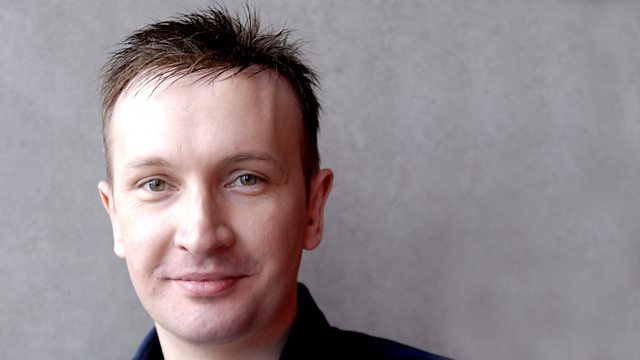 Is the NHS at breaking point? Graham Stewart stands in

The British Medical Association says services are being stretched to the limit - is the NHS at breaking point? What is your experience as a patient or an employee?

Doctors in Scotland are being "pushed to the brink" by a lack of resources and staff shortages, according to the British Medical Association. Two thirds of doctors responding to a BMA survey said "inadequate" resources "significantly" affected the quality and safety of care provided by the NHS. BMA Scotland chairman Dr Peter Bennie said the survey suggested the NHS was being "stretched to the very limit".
The British Medical Association says services are being stretched to the limit - is the NHS at breaking point?
What is your experience as a patient or an employee?

VERITY CARTER
As Police Scotland opens an enquiry into the Children of God cult in Scotland, we speak to a survivor who has broken her silence in the hope of finding justice and closure.

KITCHEN
Could kitchens be a thing of the past? Research has suggested that kitchens could be extinct by 2030 as more of us order food online. Phoebe Weller is a cheese and wine expert from The Roving Fromagerie and Martin Waller is the Founder of interior design company Andrew Martin.

YOUNG CARDIAC ARREST
We speak to Peter McAvoy, the dad who wants all schoolchildren in Scotland screened for the heart condition that killed his footballing son. Abby Lang is Head Girl at Harris Academy in Dundee and she delivered the 'Time for Reflection' speech at the Scottish Parliament last week on the subject of young sudden cardiac death.

HOW TO STAY COOL IN YOUR HOUSE
With temperatures across Scotland expected to reach 27 degrees by Wednesday we find out how to keep cool in your house. Jo Behari is a DIY expert and TV presenter and Dan Ansell is a Scientist.

FEMALE COMMENTATORS
After pundit Jason Cundy says woman shouldn't commentate because of their voices - is there a perfect pitch when it comes to football commentary?

Do we have the right support for dyslexia?